Would you like to switch to the accessible version of this site?

Don't need the accessible version of this site?

At Geissberger, DDS, our dentists specialize in restorative dentistry with an emphasis on aesthetics, so they are able to completely rejuvenate your smile. With top-notch education, years of combined experience, and the most advanced restorative and cosmetic dentistry treatments available, our dental team can work wonders for your smile. 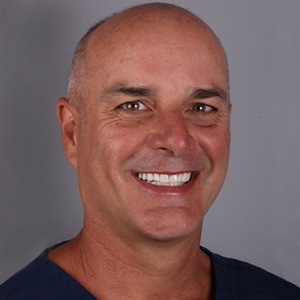 Dr. Marc Geissberger was born in San Francisco and raised in Marin County. He attended Marin Catholic High School. He earned his Bachelors of Science degree in Biology from Saint Mary’s College in Moraga, California. After completing his undergraduate degree he attended the University of the Pacific, School of Dentistry, earning a Doctor of Dental Surgery degree in 1991. While in dental school he served as class president his first two years and as student body president during his final year. Additionally, he was elected into Omicron Kappa Upsilon and Tau Kappa Omega dental honor societies for scholastic excellence. In 1994 Dr. Geissberger earned a Masters of Arts in Educational Psychology from the University of the Pacific School of Education.

Dr. Geissberger has practiced in Marin since 1991. He splits his time equally between his private practice and educating practicing dentists He is an Adjunct Clinical Professor in the Department of Preventive and Restorative Dentistry and served as the Chair of the Department of Integrated Reconstructive Dental Sciences at the University of the Pacific, School of Dentistry for 15 years. He has maintained a faculty appointment continuously since 1991.

Dr. Geissberger has been awarded fellowship in the International College of Dentists, American College of Dentists, and the Pierre Fauchard Academy. He has won several teaching awards and completed a fellowship with the American Dental Education Association’s Leadership Institute. He has served as the President, President-Elect and Vice President of both the Supreme Chapter of Omicron Kappa Upsilon and University of the Pacific’s Alumni Association.

Dr Geissberger teaches several continuing education courses for fellow practitioners. He has presented 450 lectures and hands-on workshops to colleagues in the United States, Canada, Australia, New Zealand, China, Singapore, Philippines, Indonesia, Mexico, Peru and Taiwan. He has co-authored and published numerous scientific papers and a textbook entitled Esthetic Dentistry in Clinical Practice for Wiley-Blackwell. Additionally, he is a Certified Personal Trainer and Fitness Nutrition Specialist through the National Academy of Sports Medicine.

Dr. Geissberger enjoys time spent with his wife, Christine and their three children, Justin, Robbie, and Annika. They enjoy travel, golf, gardening, and working on old cars. Dr. Geissberger also enjoys painting. You can see several of his works hanging in the dental office. 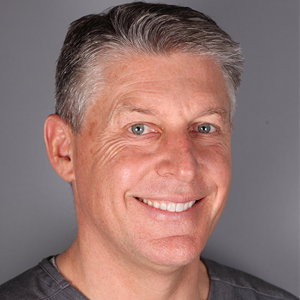 Jeffrey Geissberger was born and raised in Greenbrae. He attended Marin Catholic High School, class of 1986. He graduated St. Mary’s College in Moraga, earning a Bachelors of Science degree in Biology and Psychology, class of 1990. Along with a large group, he helped start the Knights of Columbus chapter at St. Mary’s College, where he became a Third Degree Member. He attended the University of the Pacific School of Dentistry, earning his Doctor of Dental Surgery degree in 1993. He played an active role in leadership, serving as his First year Class President, and Student Body President. He joined his father, Dr. Louis Geissberger and brother Dr. Marc Geissberger in private practice in 1993. He taught at University of the Pacific School of Dentistry in the pre-clinical removable prosthetic department and with the clinical operative department for five years.

Giving back is something he learned from his parents. Jeffrey has volunteered at the Hanna Boy’s Center in Sonoma since 1993 performing dental care for the boys attending Hanna. He also served on the Board at Hanna Boy’s Center. Since his fathers passing, he now serves as a Board Member for the Marin Community Clinics. Philanthropically he chooses to make donations to Marin Catholic High School, St. Mary’s College in Moraga, and Hanna Boy’s Center.

Continuing Education is an extremely important part of personal growth, professional skills, services and techniques needed to stay on the leading edge of Dentistry. Jeffrey has taken numerous continuing education courses from Dr. Raymond Bertolotti studying minimally invasive dentistry, adhesion and bonding. He has studied and trained at the Spear Education Center attending seminars, hands on workshops, and completed the Frank Spear Study Club module. He has completed a live patient implant placement course with the Engel Institute, performing sinus lifts, hard and soft tissue grafts, and implant placement. He loves the team of educators he found with Clinical Mastery Series, some of the best educators in the field of dentistry, which emphasize functional comprehensive dental care. He uses Gold Dust Dental Lab for all of his cosmetic and restorative needs.

Jeffrey and his wife Danielle live in Kentfield with their three children, Hayden, Jarred, and Ashlyn. We are enjoying watching our family grow and play a variety of sports. You may find us hiking on Mount Tam, or watching our children play volleyball, soccer, football, flag football, rugby, CYO basketball, lacrosse, swimming, skiing and golf.

In their commitment to helping you maintain your overall dental health, our dentists provide a variety of general dental treatments, including:

Geissberger, DDS is pleased to offer comprehensive treatment options. Contact our office to schedule a consultation with one of our accomplished dentists.